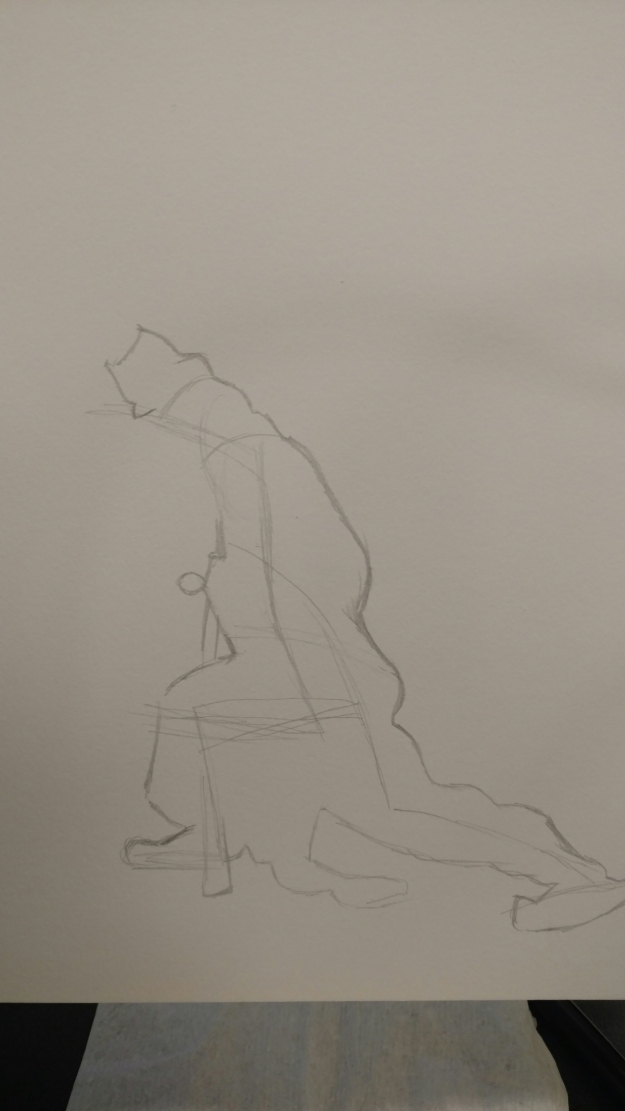 Stop me if you’ve heard this one before.

Guy meets girl. They like each other. Guy asks her out. Girl says we’re friends. Guy moves on. 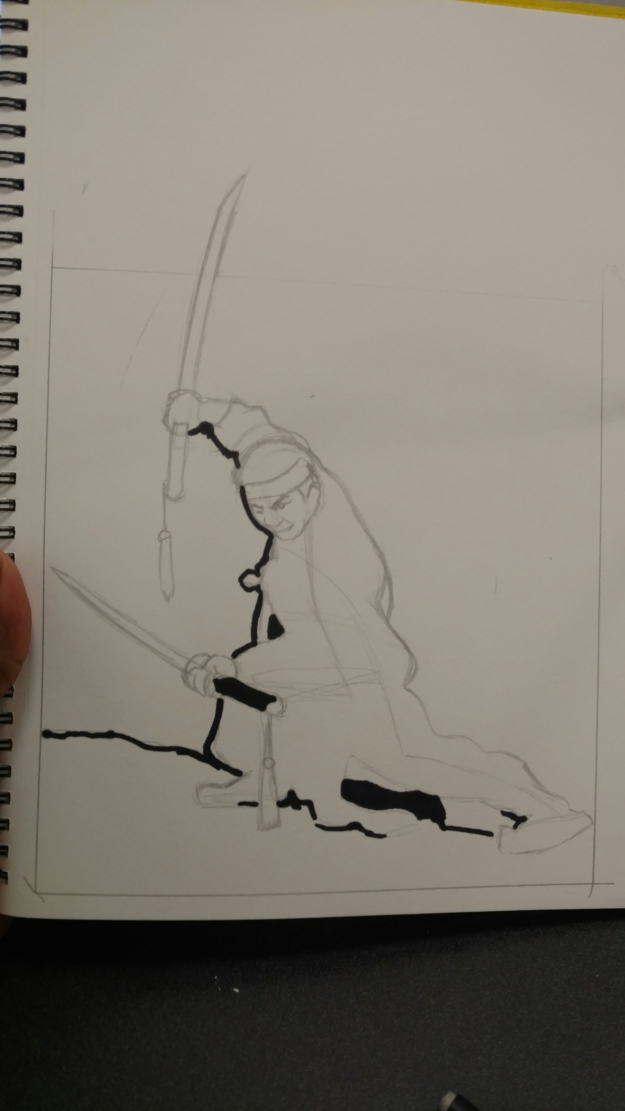 Followed by girl stalking guy and not leaving him alone. Because she can ladle out rejection, but apparently can’t take it.

This week’s picture comes from a daily art challenge that I took on. I decided to make a few changes in the final image.

First, I decided that instead of drawing all the folds and pleats in his clothing to simply make them a solid white. This involved drawing it as negative space, or the absence of imagery.

This also meant I had to give a lot of attention to the background. Since my markers come in gradients, I was able to create the illusion of distant objects by drawing them first.

In the end I was pretty content with what I came up with. It took 3 hours and was almost exactly what I had envisioned.

Hope you have a great week!