I’m VERY busy lately and it’s my own fault. I’ve been working on a pretty big project that started in the wrong way….

…so I am a member of the Mustang Club of America. I’ve owned a few and I draw them constantly. Some of you already know that.

After a few hundred people contacted me to draw their personal cars, I decided to draw different ones from different eras and make them available for sale. To get everyone excited about the idea, I drew the new Shelby in illustrator and promised to include it in a coloring book that I was also making. 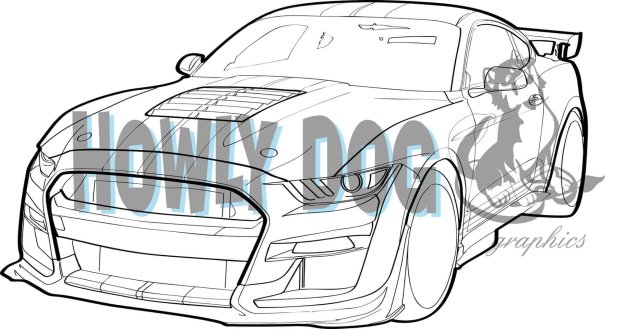 So far I’ve had a little over 8 thousand likes and a ton of responses.

I guess that I’m going to be busy. 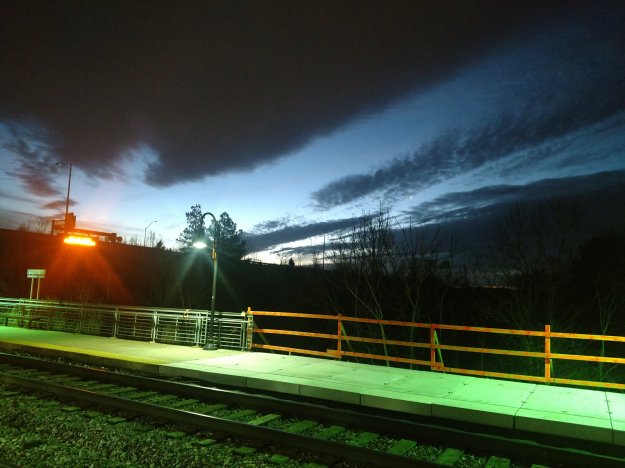 You know that it’s going to be an interesting week when it starts with a phoenix in the sky. Good news? Only time can tell…

A project being completed should be cause for happiness, but this picture of Alucard from Hellsing is about closing the books. A friend who passed away recently loved the character, so I did this. Cried a little.

Then immediately started another picture on sort of a dare. Someone claimed hyper realism on a picture they drew and I…disagreed. Not in a bad way, mind you. Just pointed out some places where the guy missed the mark.

Well, he flipped out, called me a hater and worse, gave me the old “if you knew anything about art…”. Ugh!!

So I reverse Google searched the image, found the pic, sat down and made it in about two hours. 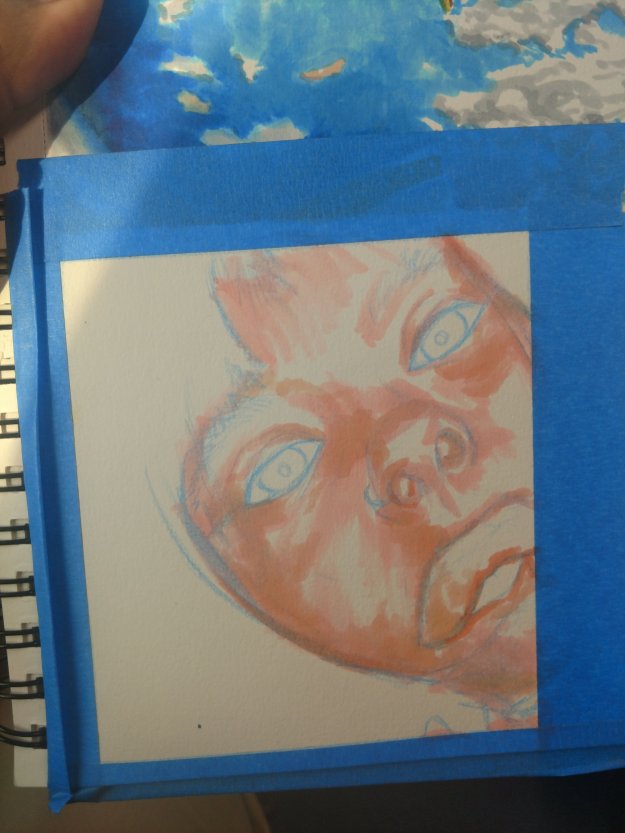 And I posted it in our art group. With time stamps.

I guess I wanted to make a point. I’m pretty sure I did; he shut up and tried to get me blocked by admin! She read the thread and decided that since he had requested critiques and comments, nothing I’d done warranted being kicked out. 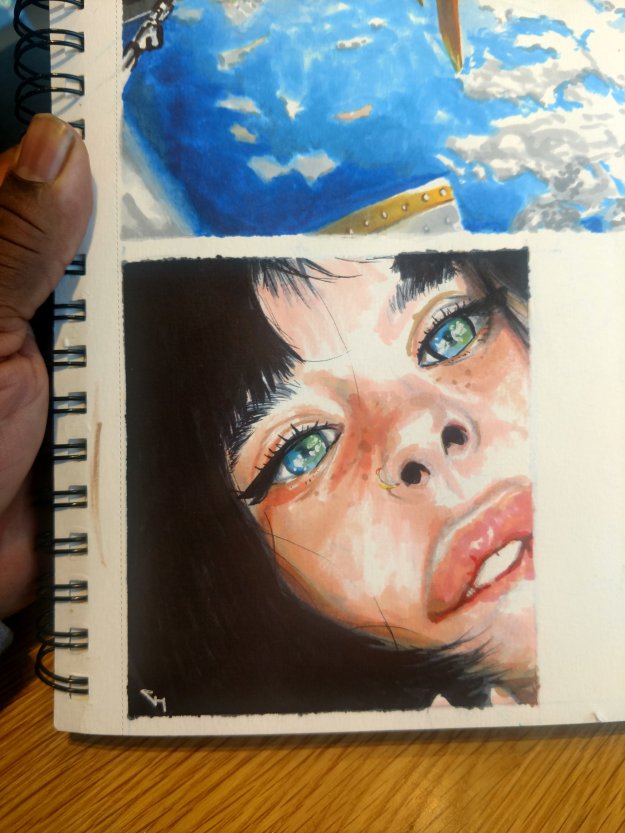 Also, I got the same response. It’s the art world.people are going to disagree with what you’ve done, how it’s done, WHY it’s done. You gotta roll with it and you can always tell who to listen to and who to nod politely at.

We’re all trying to get better at creating.

I finished this project for someone new. She doesn’t know about the blog. She just thought the image was cool and I agreed.

And I was really enjoying myself until this voice inside me asked, very quietly, “what are you doing?”

I finished her picture and packed up my stuff. She seemed confused and I couldn’t explain. We parted. I’ll try to never see her again.

Because #skyphoenix never forgets and the stars haven’t burned out yet.

For the first time since I was 15, I had my birthday off! This is entirely new territory for me; so I decided to draw something meaningful to me.

I drew my homeworld.

I know it sounds pretentious, but it’s not incorrect, is it? Plus drawing Terra is not as easy as it seems. So many colours, so many layers, set against an almost velvety smooth blackness. It’s a really gorgeous place.

And I get to live there.

You do too. Isn’t that amazing? 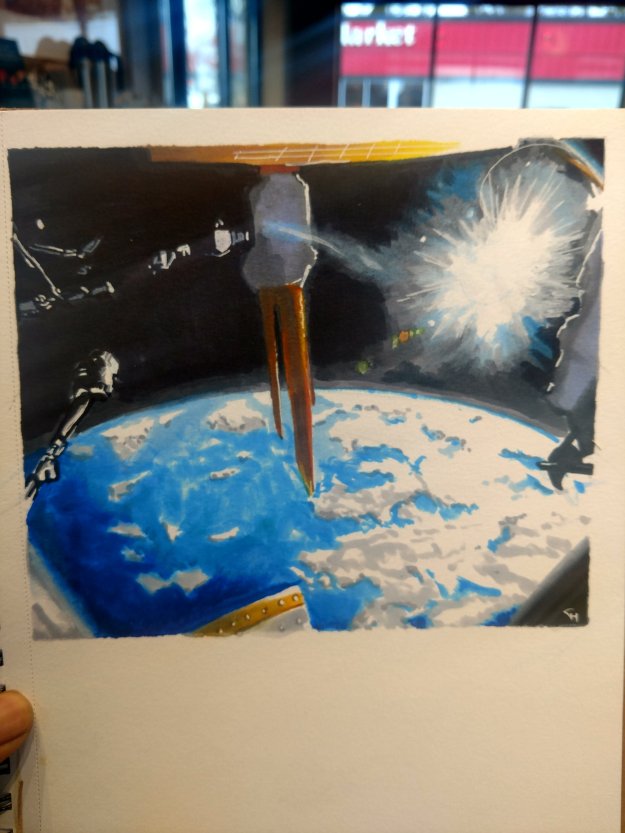