It’s officially #inktober! I get to make an image a day for the month 😁. And they have to be own and ink. 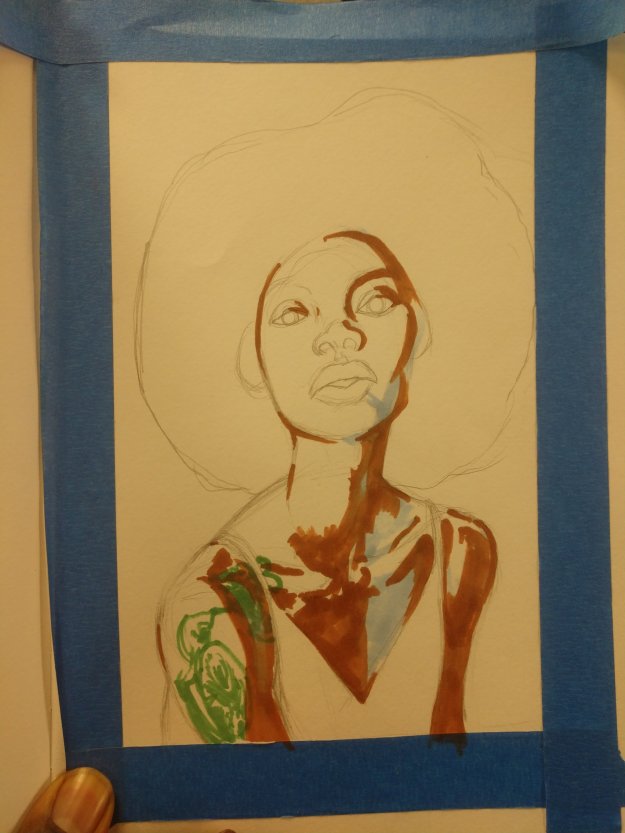 Since I’ve been doing a lot of that already, it’s not taking any real effort. All the speed work I’ve done helps with the actual images; usually it takes about two, maybe three hours.

The real issue for me is the themes.

I have ZERO interest in drawing someone else’s choices for fun. I get that this is supposed to be an exciting time for art, but honestly?… 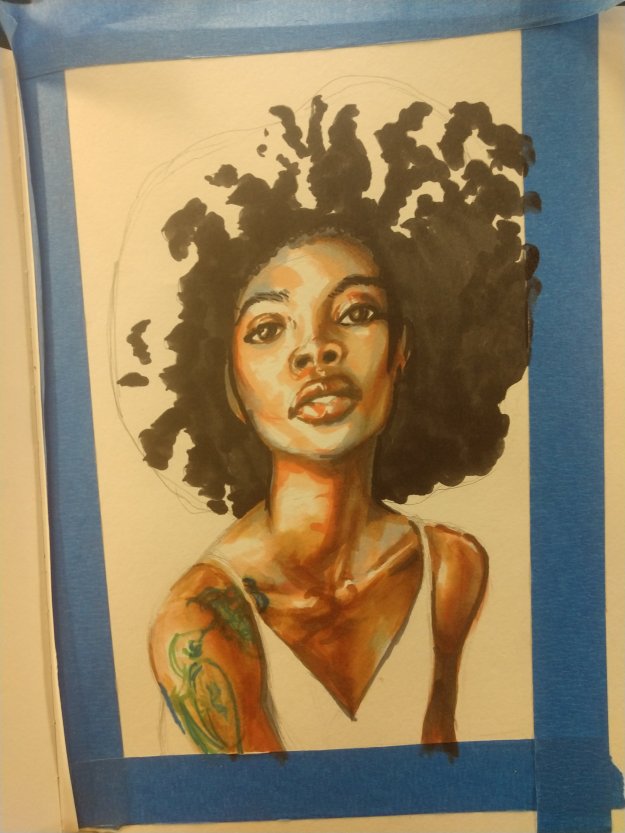 Why do I need to create something that thousands of others have? No. I’m making original work. Going on my own tangent.

If you’re going to cheat, at least be original. 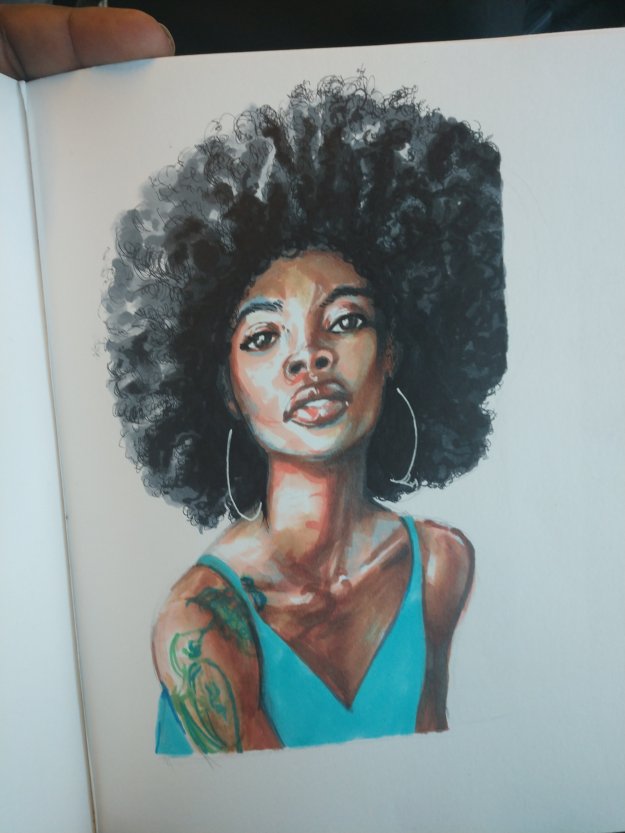 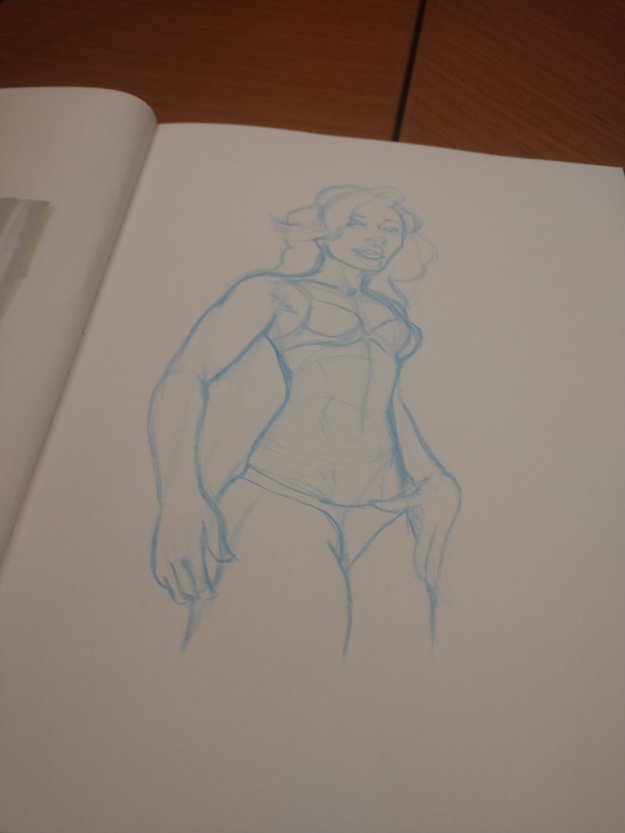 This weekend was totally unproductive. No drawing, no going places. Just me finally getting some much needed rest and recovery.

That means that today’s picture is from… today! Or more accurately, over my lunch break. And honestly, I feel as though I’ve overdone it. 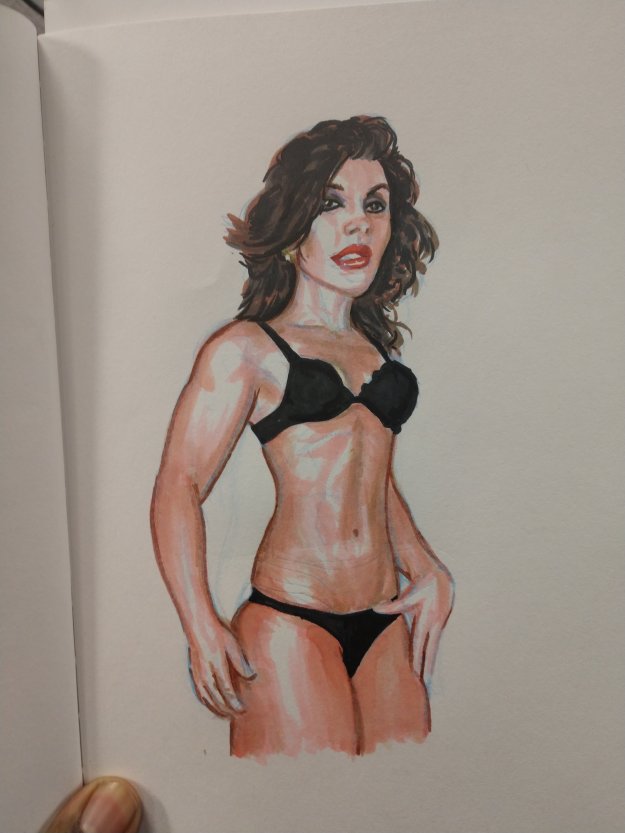 That’s cool though; sometimes you just want to turn off your brain and make whatever floats in, right?

If you’ve been following my blog for awhile, you know that I often draw people that I see on my ride into work on the commuter train. The responses I get vary, but it usually works out for everyone. Usually.

The above picture is one that almost got me in trouble. A lady called the conductor and accused me of drawing her. I wasn’t. Worse, she didn’t ask me, she just assumed. I was drawing my friend, Rebekah. Ugh.

On to happier thoughts. I did this one for a Facebook group. Everyday they post a new photo for members to draw. You have until the next post to finish it. I check in when I’m bored or need to draw, but can’t come up with anything. So there’s the pencil work. Not bad…

Then I started to color in the easiest and obvious parts. I find that if I do this it brings all the other layers forward.

Throwing in that much poppy red was a little daunting. It was either going to make the image or make it a mess! I knew some of it would leach into the subject; but if you’re in a room THAT red, that would happen from saturation. 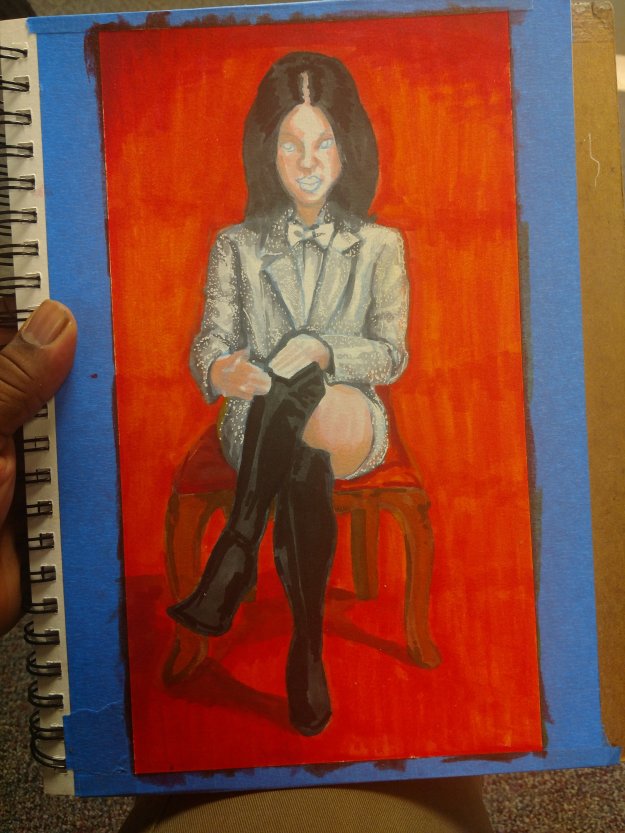 Skin tone is being determined by values. I had to be careful not to over shade or add too much detail on one side of her. She’s supposed to seem a little washed out.

The buckles on her boots were made easier by leaving a accent line in the black of the boot. Then a slightly darker red was added to give a sense of balance. After all, if there’s a bright light on her, why would her background be flat? 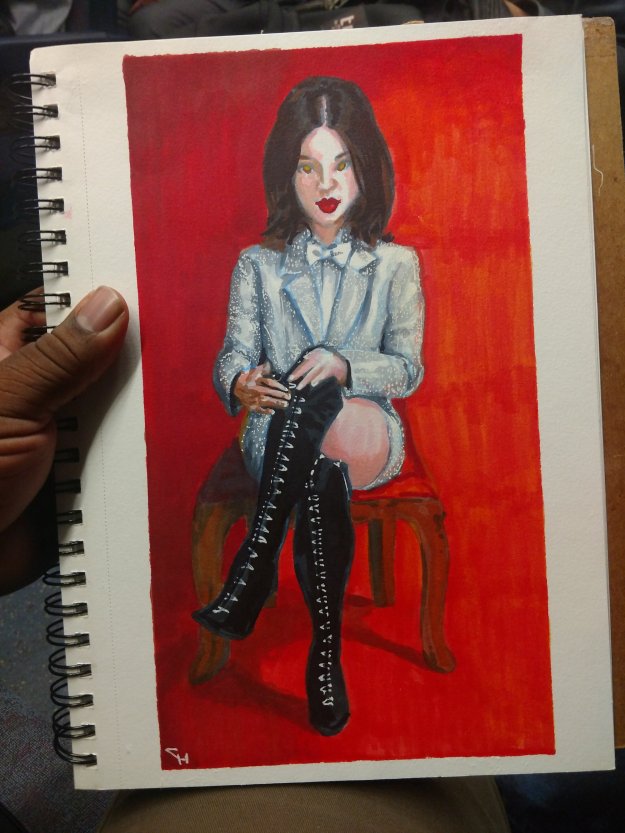 Someday prismacolor is going to make a subdued red and I won’t have to blend to get this look! *sigh* It was so bright in the image so I had to go there. I removed the tape(I’ve gotten much better at it) and there you have it.

Keep in mind, while they give you 24 hours to get this done, I try to work it in about 2, tops. It’s really fun and if you draw, give it a shot!