Try not to take things personally. I had a friend of mine share an old picture in which she was laying down in the tub. 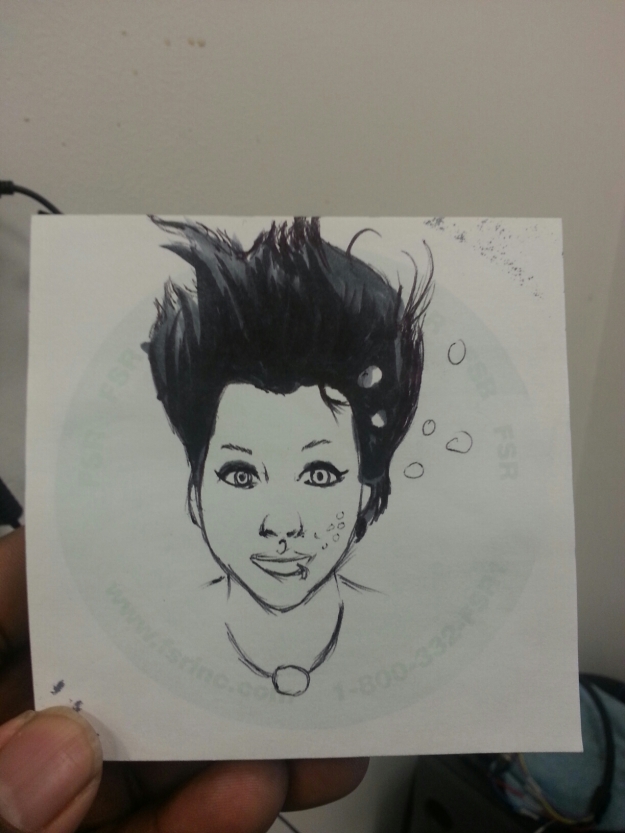 I’ve done something sort of like this before, but this time I decided to leave the character human. I wasn’t sure about it, so I made this thumbnail.

Of course, it evolved a little as it went. The hair was easy since I’ve drawn in a comic book style before. It was creating the underwater effect that took a little consideration. Still, this was the time to try things out.

….but in the end it felt close to what I want my final image to be. In the meantime, I hope you like the thumbnail!  I’m leaving them all over my hometown ☺