Once upon a time, I used to want to go into space. I was good at math and thought I wanted to fly. Then I chased a bullfrog into one of those rain culvers under a dirt road….

I went from annoyed to scared fast. I yelled for help, no one heard me. It took about an hour and I found that I could only go forward, so that’s what I did. I stayed calm and freed myself. 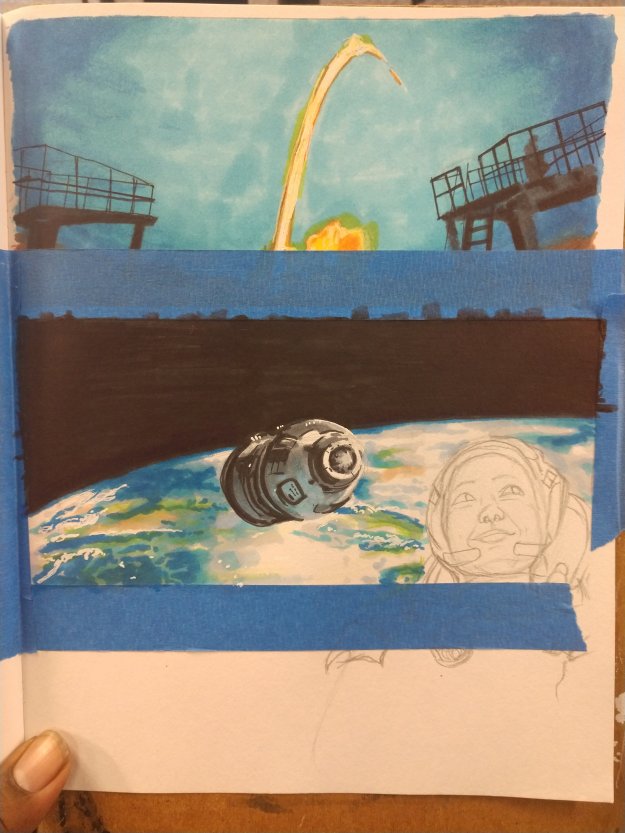 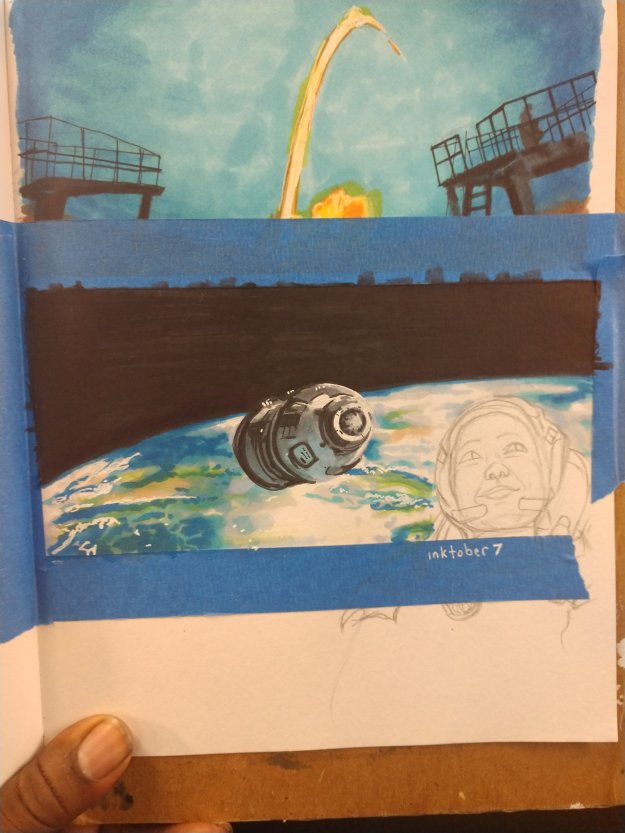 Later I watched the Android Bishop do the same thing in the movie “Aliens” and had an anxiety attack. I didn’t know what it was; I just couldn’t breathe and felt as though the room was closing on me. Then I learned that you have to be strapped in and still for training and actual missions and I knew that wasn’t for me.

I needed to be free. 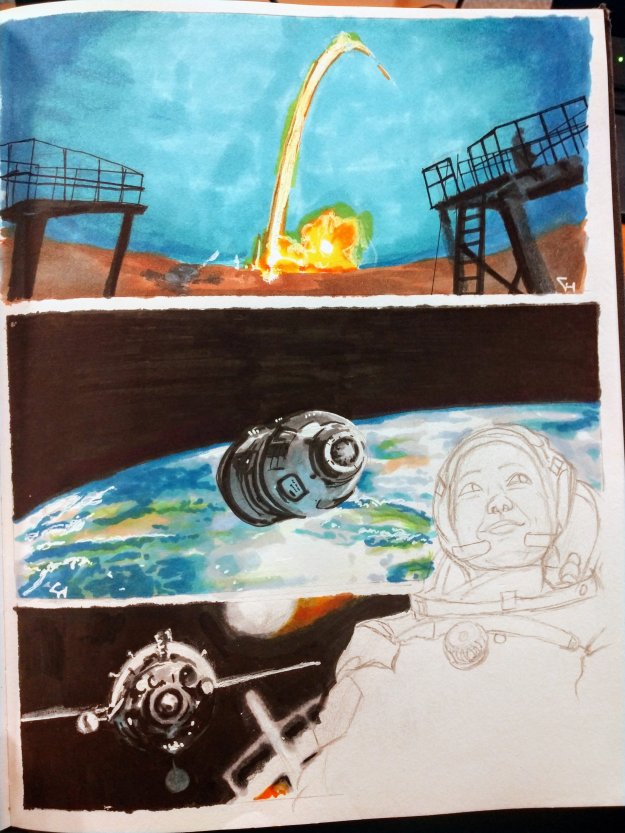 But I never lost my love for space. Watching the shuttles, Voyager, Skylab. It all seemed so, BIG. 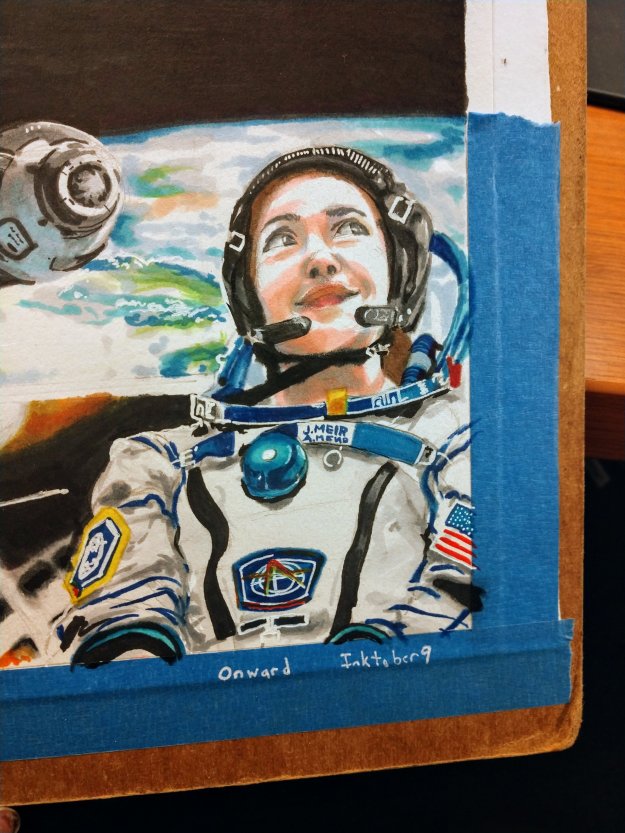 Then, one day, I was given a chance to work for NASA, as a contractor. The people bringing me in didn’t know it, but I was so excited!! By then we had Hubble and we’re building the International Space Station. Still launching shuttles. Getting ready to go to the moon again. I was proud to have a PIV card that said that I was at Goddard Space Flight Center. It made me so happy.

But I forgot that happy is a temporary state. 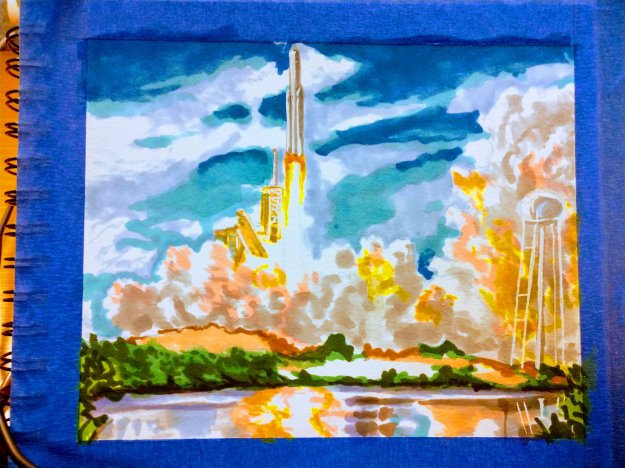 Some of the stuff that has been of interest to me often turn up in my art. Space is definitely a recurring theme but I rarely show any interest in the vehicles and tech. I’m mostly into the grandeur.

Which is weird because when it comes to vehicles I certainly have a fetish for certain types. You’d think that I would do more of it, but I’m more into organic shapes.

That’s not to say that I don’t love my car; I named her, after all. But animal forms always seem to carry an emotional statement. I like that.

This project came to me courtesy of the #sciencechannel, lol. And Marvel Comics. NOT the MCU.

I wanted to show the Silver Surfer contemplating riding space/time via gravity waves. And where would he find the best ones? At the event horizon of a black hole.

I’m not going to lie; I did a few thumbnails for this one. Multiple light sources, whether I wanted to stylize or try to get more realistic. At one point I was going to simply have him sitting on his board as a smaller figure in front of a feeding blackhole. I decided against that.

I finally just had him standing on a asteroid. It worked better for me. Hope you like it as well.