I had a pretty decent weekend. It started out with a quiet Friday, something I truly needed. Saturday I decided to go sit in my local Starbucks and draw a little.

It usually takes me a few days to become more neutral in my thinking. This can usually turn up in my art. I start making pictures of faces that are not so much “happy”; more like, relaxed. 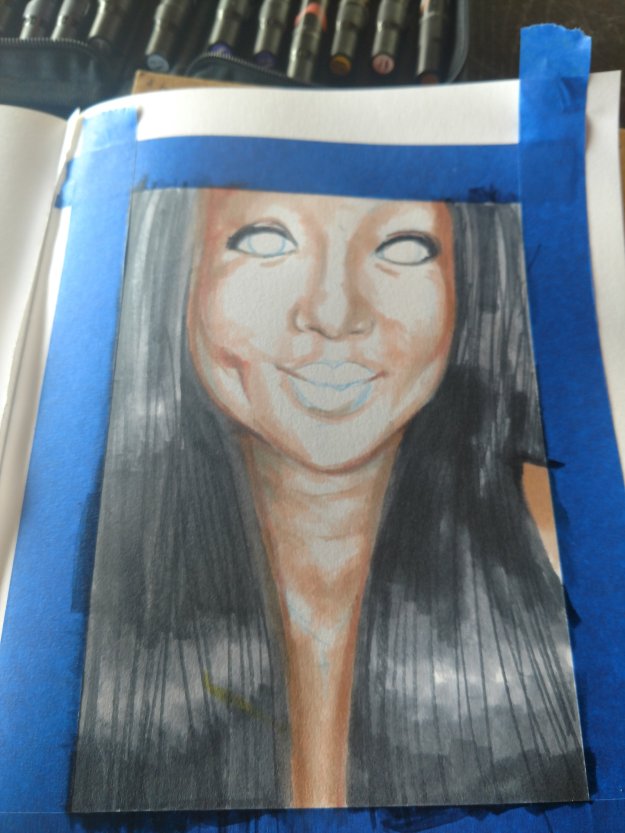 That’s sort of what I was going for here. No stress, just a tranquil look. 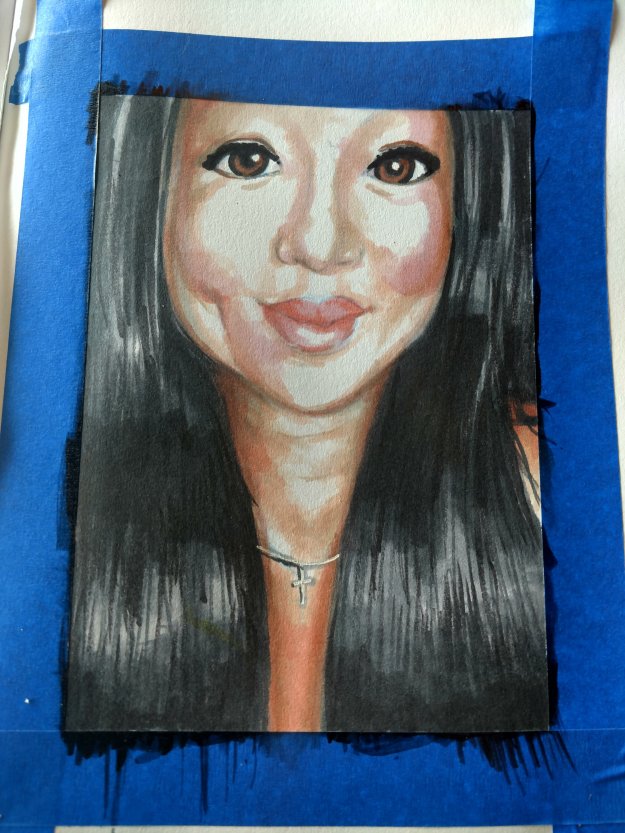 Of course, there were a few people (and at least one baby 😊) that took an interest in my work. One young lady even wanted to buy a print of one of my pieces!

I sent her to my page lionbrowneyes and offered to draw her as well. She happily agreed. 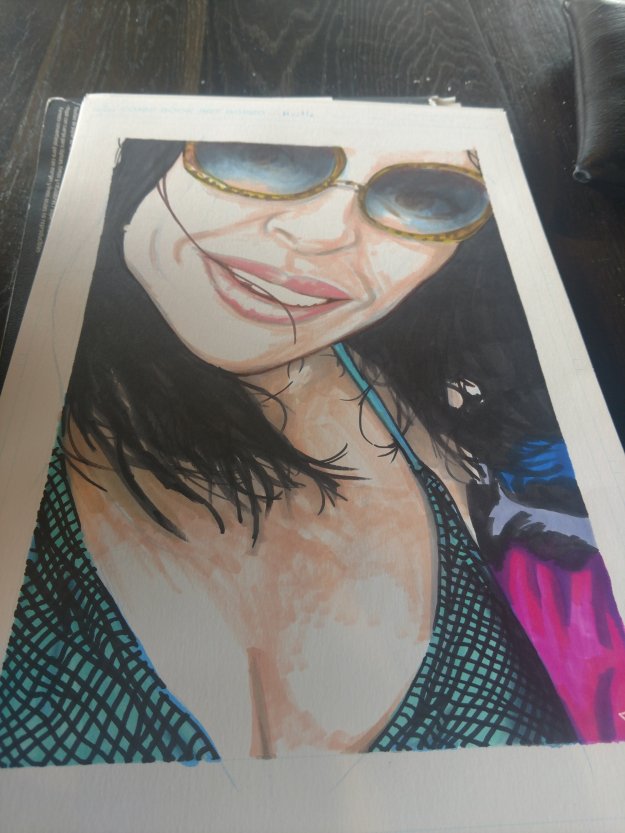 I was so motivated that I ended up creating another while talking to people around me. THAT was new! I hadn’t had to do it in awhile. But in the end I felt better for having done so.

So I had a nice, calm day. I didn’t think about any problems or concerns. I just commited to relaxing.

This has been a slow week, but a pleasant one. I want to complain, but that’s just a reflection of my mood.

The thumbnails are a big hit! People are really happy to receive them and so far have been willing to pay up to $10 so far! Pretty cool…

My bigger images are starting to get a bit of love, which makes me feel as though they’re worthwhile. My style is definitely coming through and people seem to want to buy whatever I make.

The stages it takes to draw can start feeling stale to a certain degree, so I try to switch it up for my own sanity, lol.

With this image I decided to forego the usual realistic approach and just try to convey a more cartoon style image. Not too cartoony ; just enough to get the point across. 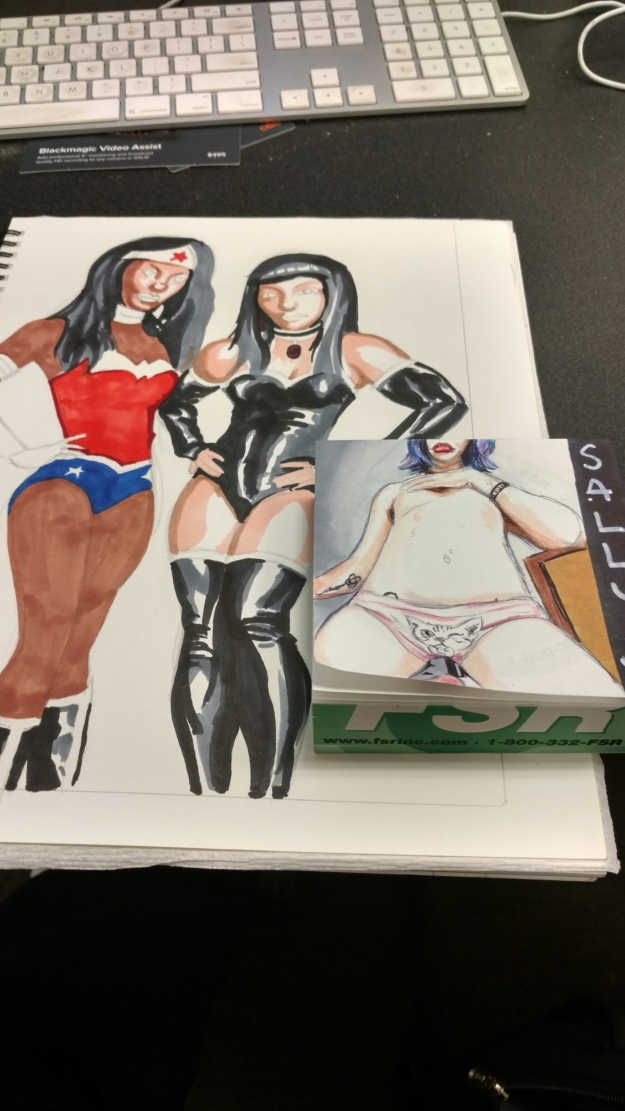 That’s it for now. I have an immense amount of yard work to do! Hope you guys enjoy the images.

What an opening declaration, huh? Well it’s true. Maybe it’s my southern upbringing but I tend to be more tolerant and patient with them. Guys catch hell with me but the ladies? Not so much. 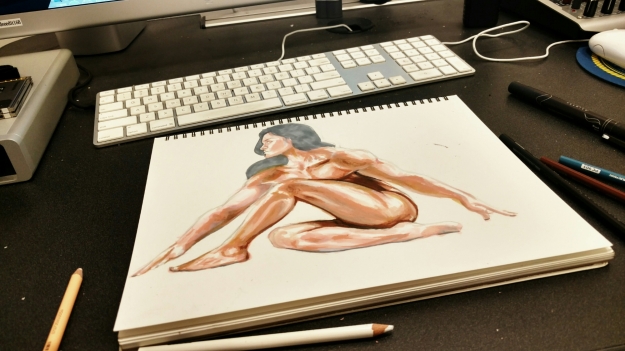 This is NOT an unlimited ticket however.

I’m amazed at how often I receive derogatory comments about the women I choose to create or draw on my daily commute. “Why don’t you draw REAL women?” They’ll demand of me, as if my ability only receives validation through their option.

The truth is I pretty much create what I want. Like most men I have a type; confident, smart, funny and loving. But I also feel I’m those things with a nice helping of stubborn on the top.

I tried to portray that in this picture of Wonder Woman I made. She’s all those attributes in one made up person to me. 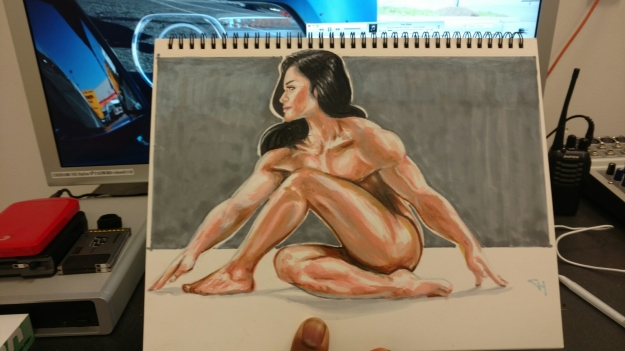 I feel that’s what a cosplayer who is in her character is trying to display about herself. Just like Harley Quinn exists in the land of broken dolls, Diana is a more mature, fully realized woman, more confident in her sexuality and identity. 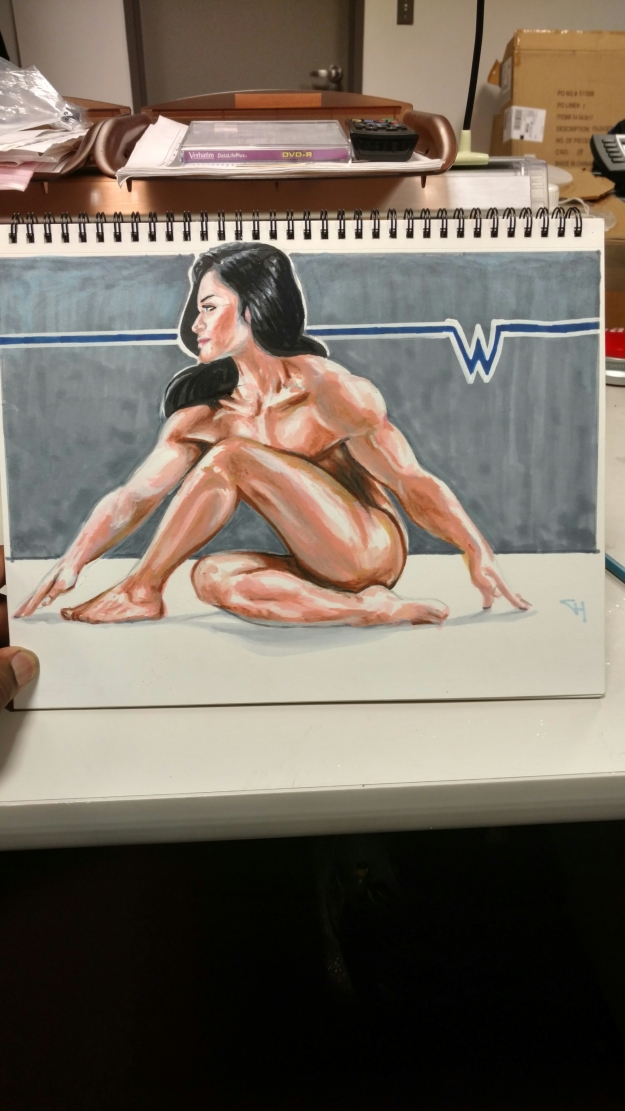 So yeah, when I draw women I tend not to just draw sexpots. I try to give them the depth they deserve, sometimes succeeding, sometimes not.  But at the end of the day MY prize is when a woman tells me she likes the way I render her gender. What can I say?  They own my world 😉

Do you like it?  It’s the perfect ending to a awesomely bizarre day! I got caught up on my work, did a live rehearsal for a show im directing tomorrow,  created digital titles and was told I was as cute as Denzel Washington by a group of six women. What’s not to like? 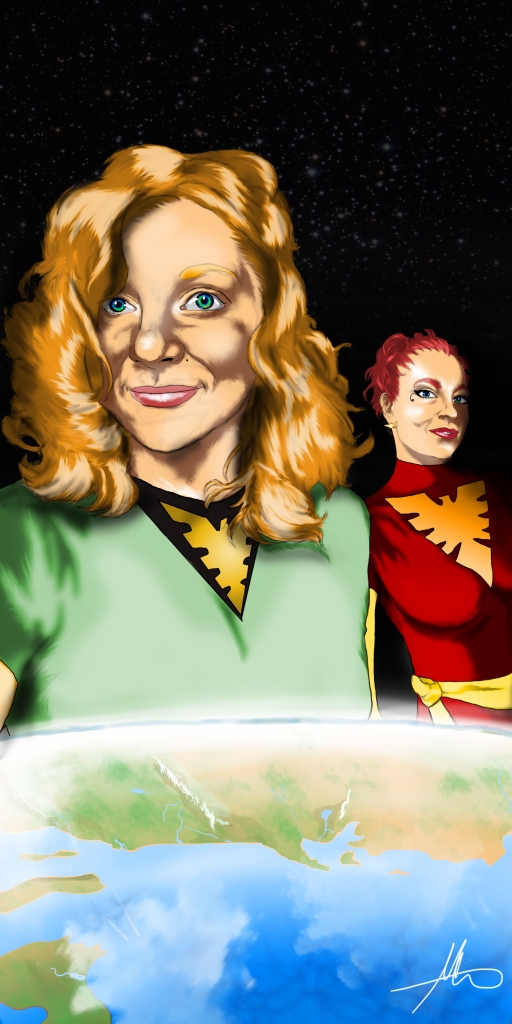 I pretty much spent all of the Labor day weekend drawing and drinking. This was for a friend and her sister. They’re both redheads, so the phoenix theme seemed appropriate, given their personalities. They were very happy, so I’m going to do another personal piece for someone else soon. For now though, its back to play for pay… 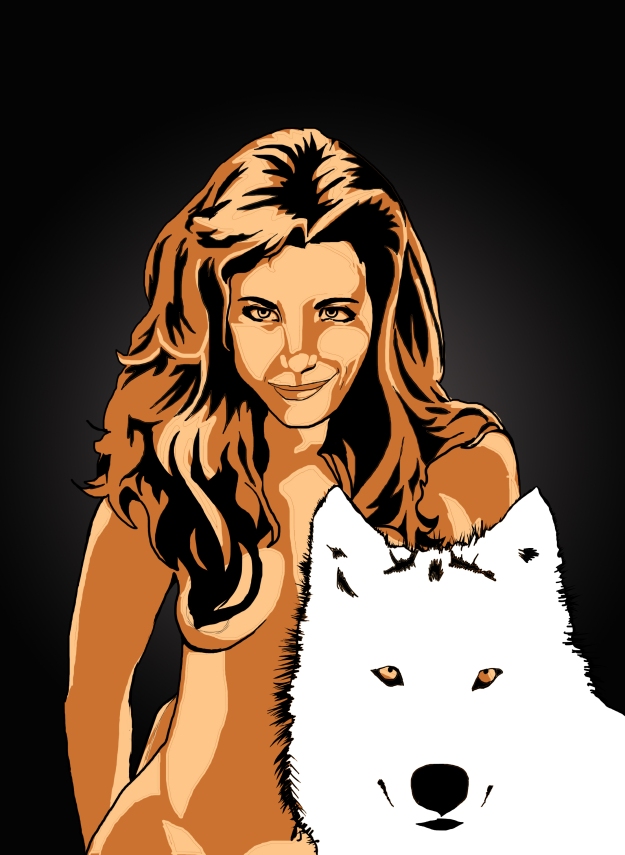